Should You Become a Fat Adapted Runner 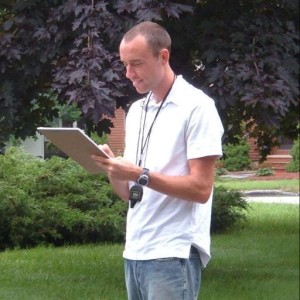 Training isn’t the only part of Ultra or Marathon Racing you need to concern yourself with.

In fact, the nutritional component can be as, if not more important, if you don’t get it right.

That said, there’s an emerging trend among ultra and marathon runners to switch their diets to primarily fats, rather than carbohydrates, to become more “fat adapted”.

So, in this article we will discuss what that means, if it’s effective, how to do it, and whether you should try to become a fat adapted runner yourself.

What Does It Mean To Be Fat Adapted

In order to run, your body needs to burn energy. Luckily, our body has two primary forms of energy – carbohydrates and fats. Unfortunately, both also have pluses and minuses.

Carbohydrates are burned very efficiently by the body since you can quickly break them down into usable energy.

The downside is that you can only store a finite amount of carbohydrates (not even close to enough to get you through a race) and therefore you need to be constantly replenishing them.

Fat, on the other hand, isn’t broken down by the body very efficiently. As such, the more energy your body demands (i.e. the faster you want to run) the harder it becomes for your body to use far.

The plus-side, however, is that you have more than enough fat stored in your body to last the entire race!

Therefore, when we talk about becoming a fat adapted runner, this means training the body to burn fat more efficiently as a fuel source.

Now, there are also different “levels” of fat adaptation you can strive for accomplish.

On one end of the spectrum, you have those that are living in a constant state of ketosis. This is when you constantly restrict carbohydrate intake so that you’re producing ketones (molecules your body uses to burn energy)

This is the highest level and when your body will become the most efficient at burning fat when you run.

On the lower end of the spectrum, you have runners that only practice fat adaptation during their runs by fasting for 12-18 hours before their workout and not fueling during.

This will result in better fat burning adaptation, but not as much as a runner in ketosis.

In the middle of the spectrum would be runners who adhere to a low carbohydrate diet at all times and who practice fasting during their runs.

Will Being Fat Adapted Help You Burn More Fat?

Unfortunately, right now there is not a lot of research on ketogenic diets and endurance performance.

The ultimate study would be able to compare two runners performing the same distance at the same effort and measure the percentage of fats vs carbohydrates burned and cross section this with performance metrics like heart rate and running economy.

But, here is what we do have available right now.

One of the best studies on whether fat adapted diets do increase fat utilization was conduced by Stephen Phinney and Jeff Volek in 2016 (Fat-Adapted Substrate use in Trained Elite Runners).

This study showed that keto-adapted athletes burned around 1.2g/min of fat, which is a far greater percentage than the .76g/min we normally see marathoners burn.

Furthermore, a study in 2016 by Tim Noakes compared the fat-burning ability of a keto group vs a “normal” higher carb group in a 2-hour ride at 70% VO2max.

You Can Burn More Fat, But Does That Lead To Better Performance?

Okay, so now we know that fat-adapted athletes do indeed burn a greater percentage of fat when training and racing.

But does this come at a cost to performance? Are the athletes working harder or need to slow down to achieve these results?

That’s what the research group at the Australian Institute of Sport, led by Dr. Louise Burke PhD, set out to test

The study involved creating three different groups of race walkers: a high carb group, a carb restricted group and a keto group and having them compete in both a 10km and 25km time trial.

The results once again demonstrated that the keto had higher rates of fat oxidation compared to the higher groups.

But, here’s the important part.

The keto group performed worse than there first 10km test while the high-carb and periodized-carb group improved their race time by 6.6 and 5.3% respectively.

And in the 25km event, the keto group had higher rates of exertion and higher heart rates than the carbohydrate groups.

To put more clearly, in 10km and 25km events, athletes who adhered to a ketogenic diet performed worse than those who used a low carb or normal carb diet.

The researchers posit this happened because running economy is impacted when in ketosis. While the body burns fat more efficiently, it still has to work hard to do so.

Now, a critical thing to keep in mind here is that the longest event was 25km.

Moreover, the participants were racewalking, not running. So, we don’t fully understand how this data will translate to running events between a marathon to 100 miles.

The Pros And Cons And Should You Try To Become Fat Adapted?

My experience working with thousands of runners is that you should choose a diet option that best suits your lifestyle and personality.

A fully ketogenic diet is difficult to maintain and comes with its own set of challenges.

For some runners, the discipline required to maintain the diet is a welcome challenge that keeps the motivated. Likewise, some runners may feel healthier overall when they are on a ketogenic diet.

So, if you enjoy the ketogenic diet and feel strong and healthy, there’s no harm.

But, if sticking to such a rigid diet is difficult or you don’t feel like you have enough energy, then you certainly don’t need a ketogenic diet to benefit your racing.

As the research indicates, from a pure performance perspective, a full ketogenic diet will not enhance your performance.

In fact, Dr. Burke and her team recommend a more balanced approach to fat adaption, stating …

A periodized programme that includes some training sessions deliberately undertaken with low carbohydrate availability or a delay in replacing muscle glycogen after a session may promote greater cellular adaptations to training and enhance performance to a greater magnitude than undertaking all sessions with high carb availability.

Based on my own coaching experience and the data gathered by research, I agree with this approach.

How And When To Perform Fat Adapted Training

We cover this more in our Race Day Fueling Course, but here is a simple set of rules to follow…

If you are first starting with fat-adapted training, you should run your early training segment long runs in a glycogen depleted state.

I don’t recommend trying it for the first time on your first 20 or 22-miler.

This is because (1) we want to ease your body into the process to see how it reacts and (2) if you do struggle, we don’t want it to be during an important long run or workout.

Thus, I recommend using a fat-adapted strategy as early in the training cycle as possible and then up until your last two or three race specific long runs.

During these last few race specific long runs, I recommend practicing your race fueling strategy instead.

This will ensure you have ample time to tweak anything you need for race day.

What Does This Mean For Your Race Day Fueling Plan

The important part of all this information is really how you out it in practice.

If you are a member of our Training Plans, Masters or Marathon Nutrition Blueprint, here is how you adjust the specific calculators to account for the level of fat-adaptation training you employ.

For the marathon, you don’t change your fueling numbers at all.

This is because at the intensity of the marathon, here’s only a slight percentage point difference in how much carbohydrate you’re going to need to replace.

I hope this article helped you understand some of the science behind fat adaption training and how to best implement it in your training.

MCTS, BEETS, REDS AND WHY INCLUDE THEM IN VEGAN PROTEIN POWDERS

MCTS, BEETS, REDS AND WHY INCLUDE THEM IN VEGAN PROTEIN POWDERS  Medium-chain triglycerides (MCTs) are naturally o...
By : Hami Mahani
0 comment

The benefits of running seem to be endless: It can cut your risk of cardiovascular disease, tone your body, help yo...
By : Hami Mahani
0 comment

A new study shows that the drop in temperature is a good reason to run. In fact, researchers say, running in cold w...
By : Hami Mahani
0 comment

How Did We Get Here